While residents have access to amenities across the First Community Village campus, a wellness + fitness building was also completed as a part of the new project.

Schaefer designed creative solutions in order to deliver the desired program layout + aesthetics. Laminated veneer lumber or steel beams were used for support where the program layout didn’t stack, and variable ceiling heights resulted in different depths in floor + roof framing. Lateral load demand was higher than for a traditional four-story building due to a tall roof structure that raises the overall height to nearly that of a six-story building.

The Fairfax is another senior living community leading the urban location trend, taking full advantage of the community life + amenities available in the Upper Arlington neighborhood. 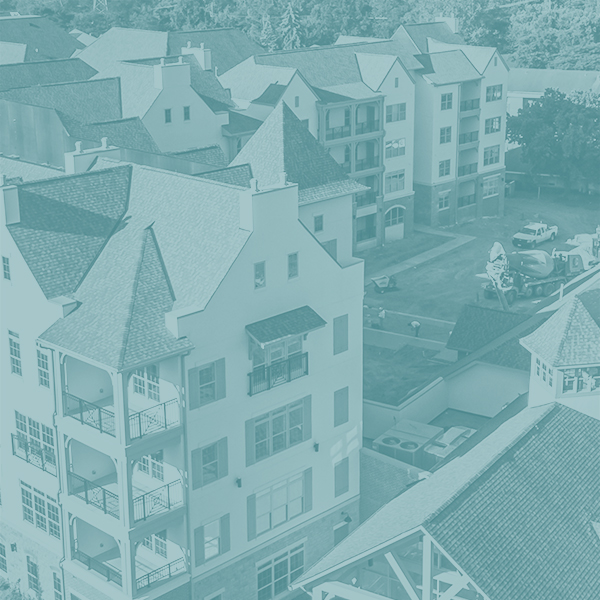